May 16, day 15 – We went to Natural Bridges National Monument for the bridges but fell in love with the night sky!  In 2007, the International Dark-Sky Association named Natural Bridges NP as the first Dark-Sky Park.  This designation means it has one of the darkest and clearest night skies in the United States.  With the moon only a sliver at sunset, we first watched the planets and stars come out and then we later got at 3:30 a.m. up to see core of the Milky way rise.  We were not disappointed on either accounts! 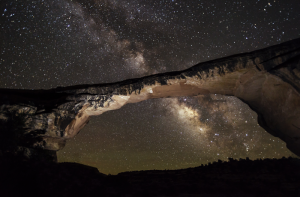 The following is not our photo but is on Natural Bridges National Park and IDA websites attributed to Jacob W. Frank.  Our night sky experience was much like this in awe except it streched from horizon to horizon in all directions!

There are three very large naturally formed bridges in Natural Bridges National Park.  We got up close and personal to two and viewed the third from an overlook.  Getting close to one of the bridges involved a 1.5-mile round trip hike with a decent and climb out of 400-feet.  The second bridge involved a much simpler ½ mile hike and only 180-foot difference in elevation! 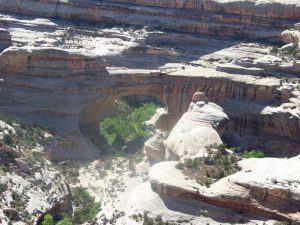 Sipapu Bridge from above 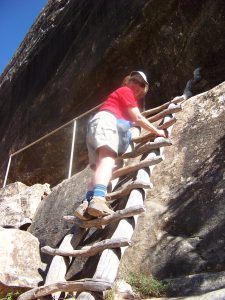 The decent included a “ladder” 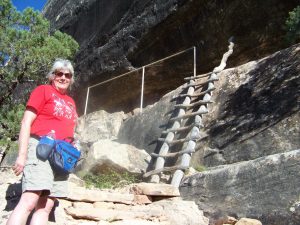 we made it down and up! 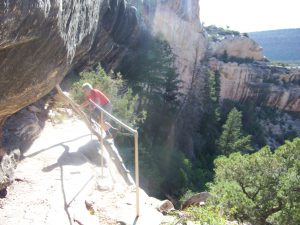 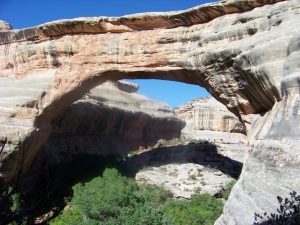 The reward: Sipapu Bridge from below! 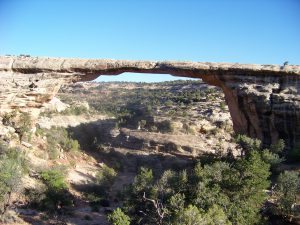 Owachomo Bridge near the river level. 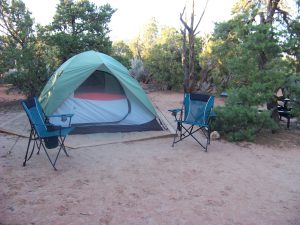 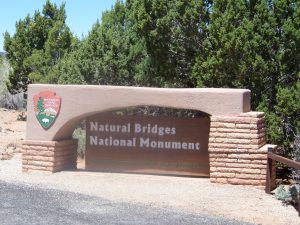